Here are all the Australian flag designs I made over the years. Like my New Zealand flag proposals, I put in a lot of effort researching and designing these proposals. Australia has not had an official flag competition or referendum yet but I’ll be ready once it happens!

Everyone else just makes designs that look nice and symbolic to them personally. This is why they fail. Instead, I consulted real evidence for what people want and don’t want in a flag, and aimed for maximum feasibility, i.e. appealing to as much of the public as possible with their various preferences. The concepts are roughly in order from most to least feasible, based on my evidence and the popularity on Facebook and Reddit.

The Advance design (at the top) was voted the third best out of all Australian flag redesigns in public polling. I will leave it up to the reader to decide which designs are the best. 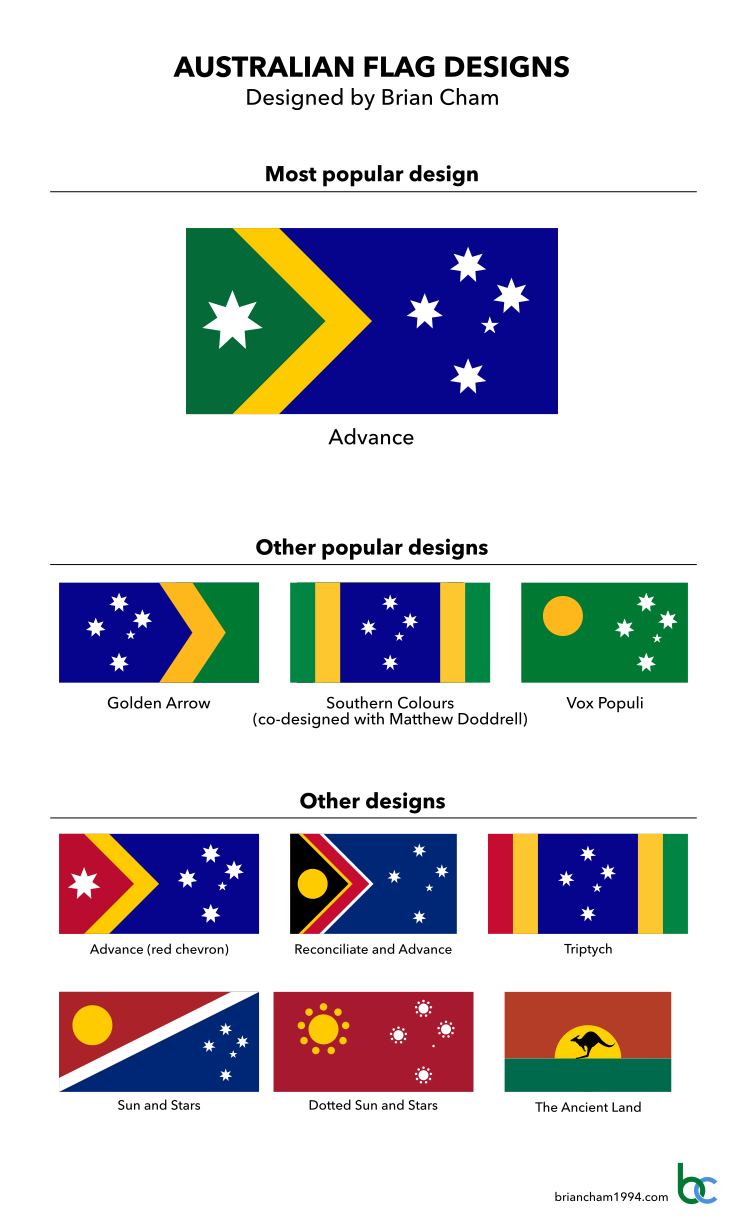